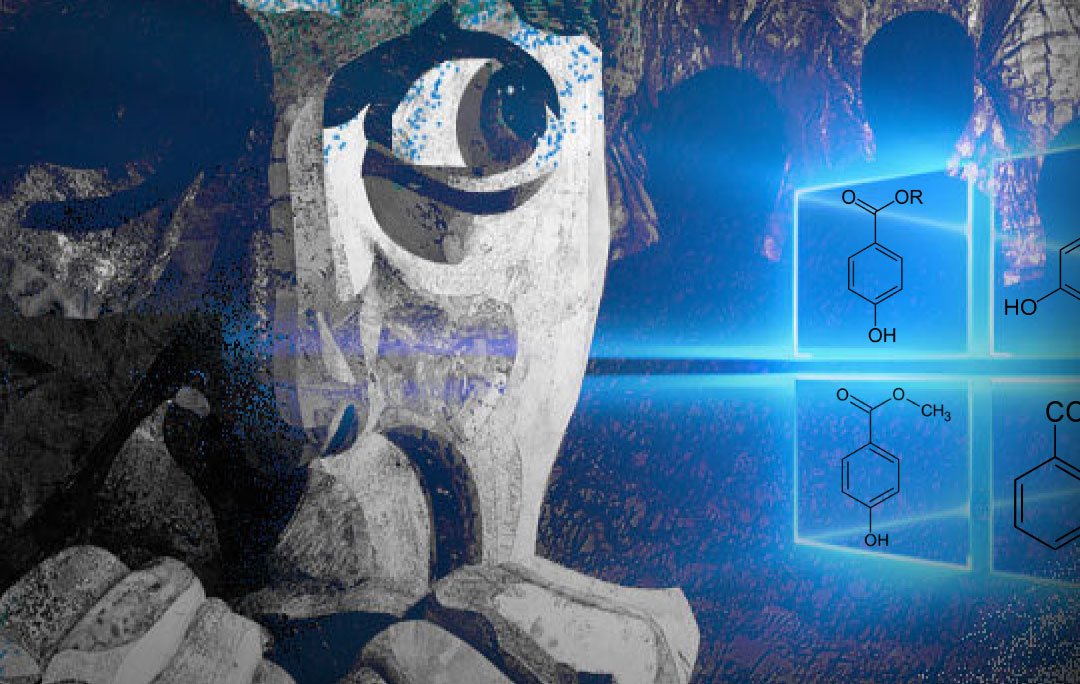 What created the paraben paranoia?

18 years ago, a group of fear-mongers with an agenda intentionally misinterpreted a flawed study and the media has sensationalized the inaccurate information ever since.

Preservatives are necessary to maintain the safety of a variety of different products – food, pharmaceuticals, cosmetics. Any product that contains water is susceptible to the growth of harmful pathogens (fungal and bacterial) which could lead to mold, the breakdown of the product, and more.

Without preservatives, cosmetics would have a very short shelf life and would need to be stored under refrigeration.

The most widely used group of preservatives in cosmetics are short-chain parabens. Propylparaben, Butylparaben, Methylparaben, and Ethylparaben are safe, gentle, and efficient preservatives – even when used at extremely low percentages. These facts are repeatedly confirmed by the EU’s Scientific Committee on Consumer Safety (SCCS). The SCCS is managed by the Directorate-General for Health and Consumer Protection of the European Commission.
The European Commission is like our FDA, except it’s 1000x stricter.

So why are people afraid of parabens?

A few non-clinical studies (repeat after me; NON-CLINICAL) suggested that parabens might cause endocrine disruption by stimulating very weak estrogenic activity.

Actual clinical research concluded that parabens DO NOT act like estrogen in the body. Parabens are 10,000 to 100,000 times less active than estrogens produced in the human body.

Clinical research also concluded that topically applied short-chain parabens were poorly absorbed by the skin, remaining on the epidermis layer (top) – never making it to the dermis layer where they could enter the bloodstream.

Plant estrogens (phytoestrogens) found in dozens of foods such as broccoli, grapes, blueberries, carrots, strawberries, oats, coffee, and potatoes stimulate 1,000 to 10,000 times more estrogenic activity than the short-chain parabens used to preserve cosmetics, and these foods (which are ingested) have not been determined endocrine disruptors.

and then the wheels came off the bus...

In 2004, Dr. Philippa Darbre at the University of Reading published a study in the Journal of Applied Toxicology. The study said her group performed testing on 20 different human breast tumors and found parabens in all of them. This raised the question of whether the parabens could have something to do with the cancerous tissue…but this theory could not be actualized due to a flaw in the controlled clinical study.

The Darbre research team neglected to test the healthy, non-diseased tissue surrounding the tumors for the presence of parabens.

Why is it VERY important to note this research mistake?
If controlled clinical testing had found the presence of parabens in both healthy AND diseased tissue, parabens could not be considered a possible trigger for the disease (cancer).

Environmental activist groups neglected to report this extremely important flaw in the study (on purpose) and chose to sensationalize only the information that suited their agenda. They reported a cleverly worded half-truth, saying parabens were found in diseased tissue (fact) and responsible for causing breast cancer (fiction).
Once this fabricated story snowballed into mass hysteria over parabens, the author of the study (Dr. Darbre) was compelled to officially refute what was being reported (in reply to Robert Golden and Jay Gandy – Journal of Applied Toxicology, 2004);

Eighteen (18) years later, there is still no controlled clinical scientific data that supports the claim that short-chain parabens cause cancer.

By 2012, public misinformation concerning chemicals in food and cosmetics became so overwhelming, George Mason University decided to survey members of the Society of Toxicology (SOT) to find out why.

The survey of nine hundred and thirty-seven (937) scientists was administered online, over a 6 week period, by Harris Interactive on behalf of the Statistical Assessment Service (STATS).

The resounding consensus: Toxicologists blame unverified or misrepresented data for the bulk of hysteria surrounding “allegedly” harmful chemical ingredients in food and cosmetics.

97% of the scientists surveyed said media (print, web) did a very poor job in distinguishing good studies from bad, and that the public was not receiving a full and balanced picture of chemical risk. Ultimately, the media is responsible for how chemical risks are portrayed to the public, yet they habitually misinterpreted correlation from causation (ie; if a disease and a chemical are present in a tissue sample, this does not automatically indicate one is caused by the other).

The scientists agreed that the media gives too much attention to hysterical reports by environmental activist groups (because fear sells), but neglect to expose the lack of clinical data backing up the claims and rarely cite new studies that question or debunk the original misinformation.

Let the numbers speak for themselves:

96% of the toxicology scientists surveyed say Greenpeace overstates the health risks of chemicals.

79% of the toxicology scientists surveyed say EWG, as well as the Natural Resources Defense Council (NRDC) and Center for Science in the Public Interest (CSPI) overstate or flat out fabricate the health risks of chemicals.

Organizations like EWG (Environmental Working Group) and their Campaign for Safe Cosmetics use an authoritative sounding name to peddle scientific half-truths and outright fabrications, but rarely provide clinical data to back up their outrageous claims. Along with Greenpeace and Environmental Defense Fund, these groups are beloved by activists…and detested by scientists.

Wait, now who is EWG?

EWG is actually a group of political lobbyists, cleverly disguised as a non-profit.
CLICK HERE for the article that uncovers the EWG political agenda, which has nothing to do with your health or safety.

If all of this is true, why do people STILL believe parabens cause cancer?

The activist groups (mentioned above) relentlessly fuel the paranoia and have elevated the concept of parabens = cancer to urban legend status.
Their paranoid narratives are believed because they’ve constructed and reinforced convincing, although fictitious, explanations of complex scientific concepts.

But there is hope…
Discussing, tracking, and analyzing urban legends is the topic of several websites, most notably snopes.com.

If Parabens Are Safe, Why Have Cosmetic Companies Stopped Using Them?

The sad fact is, many cosmetics companies have surrendered to the public hysteria created by all of this misinformation, and opt to avoid parabens because their erroneous reputation as a health hazard could impact sales.
Cosmetics chemists scramble daily to find effective “natural” options, even though they acknowledge that parabens are safer, more effective and far more reliable.

Parabens are used in minute amounts (sometimes less than 1%) to create a very stable preservative level, which does not alter formulation or performance.
Natural alternatives to parabens must be used in much higher percentages for similar effectiveness and often trigger a domino effect of destabilization and performance issues that require reformulation.
Natural preservatives have a shorter shelf life and a higher risk of failure that could cause REAL health issues.

The first high profile case of a natural preservative failing was in 2013, by a leading maker of natural and organic sunscreens.
W.S. Badger Co. Inc. voluntarily recalled over 30,000 tubes of sunscreen for babies and children. Testing of two products, SPF 30 Baby Sunscreen Lotion and SPF 30 Kids Sunscreen Lotion, revealed “preservative instability,” making them highly susceptible to contamination from bacteria and fungi. The risk of skin irritation also rose dramatically, thanks to the large volume of natural preservative needed to achieve the same effectiveness as a tiny amount of a paraben.

A company manufacturing products to protect children from harmful UVA/UVB skin damage used an inferior preservative that put these children at risk of bacterial infection and skin irritation.
Why?
Because they gave in to hysteria and misinformation about a highly effective preservative system that has never been clinically proven to be dangerous.

Companies caving to public pressure to be paraben-free does not validate or substantiate unproven claims that parabens are dangerous. Instead, it proves that fear-based activist groups like the EWG recklessly and needlessly frighten the public, and misinform the media.

The mountains of propaganda these groups have churned out, unjustly turned parabens into the boogyman. Isn’t it time we held these organizations accountable for their lies?

Paula Begoun, world-renowned Cosmetic Cop, had this to say about the reports that parabens cause cancer, “these claims are rubbish.”

If parabens are LEGITIMATELY dangerous, why are they still allowed in the US, Canada, EU, Australia, Japan?

THE GOOD NEWS
Many companies have not crumbled under the public hysteria and continue to preserve their products with parabens – because cosmetics preserved with parabens are STILL among the safest products consumers can buy.

JUST THE FACTS PLEASE…
Instead of blindly believing special interest groups that manipulate scientific information to fit their agenda, read the information compiled by scientists who did the lab work.
There’s an incredible amount of verified data and documented studies available – if you take the time to research.

MY RESEARCH SAYS…
There is no clinical scientific data that verifies a correlation between the use of parabens and cancer.
SO, until someone provides verified information that proves otherwise, I will continue to dispute the damnation of parabens and trust their inclusion in the cosmetics products I use.

The #MyTwoCents Blog is informational only and not a substitute for professional advice.

Product(s) featured in posts were purchased unless otherwise noted.

Reviews are NOT sponsored or compensated. Product links are NOT MONETIZED (I do not use affiliate links). Outgoing links are directed to preferred reference sources and trusted retailers. Click the star (above left) for further Legal information.

Be the first to know when we post new articles and product reviews.

You have Successfully Subscribed!

Get Social With Me