The Origin of Applying Lip Color 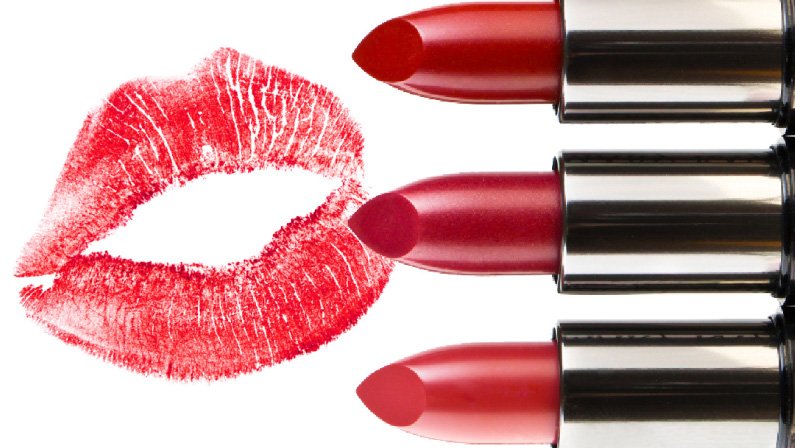 Did you know it was Mother Nature who provided the pivotal (and provocative) phenomenon that inspired the origin of applying lip color?

Mother Nature deemed that part of the biology of mating for many creatures (including humans) included the “enhancement” of lip color to signal arousal. Who could have guessed that a multi-billion dollar global industry would be based on this mating signal?

The earliest evidence of intentional (man-made) coloring dates to Ancient Mesopotamia where crushed semi-precious stones were applied to simulate a flush or reddening of the lips. Ancient Egyptians created purple red lip stains from iodine, bromine mannite, and focus-algin, which were, unfortunately, toxic when ingested in quantity and led to serious (sometimes deadly) diseases. It’s said that this is where the term “the-kiss-of death” originated.

Cleopatra had a deep red stain for her lips made from pulverized beetles. The Egyptians also used henna as a lip coloring.  Shimmering effects originated when ground fish scales were added to the pigments.

Fast-forward to the 16th century, where Queen Elizabeth I caused a fashion rage among the socially elite with her whitened (powdered) skin accented with blood red lips (sounds very “Twilight” to me).  At this time in history, lip stains were extracted from plants and flowers and mixed with beeswax. Over the next few centuries’ lip coloring would continue its evolution and in the early 19th  century was at the mercy of yet another English Queen, Victoria, who demonized it and had it banished from England.  She stated that only  “women of questionable morals” (i.e., prostitutes) wore lip color or makeup.  Not all women were willing to give up their lip color and it became associated with a “back alley” culture.

It was the French who renewed lip coloring’s respectability and brought it to a commercial retail level. In the late 19th century a cosmetic company named Guerlain introduced the first manufactured lipsticks made of pigments, beeswax, tallow and castor oil.  Before this, lip colors were usually homemade concoctions.  The coloring of choice at this time was carmine dye which was created using carminic acid extracted from Cochineal insects and mixed with calcium salts or aluminum to produce the rich red color.  The stain was very intense and bright, so it was diluted with oils or waxes to look less jarring and more natural.  It was marketed as lip and cheek “rouge” in the US by the Sears and Roebuck catalog in the late 1890’s.

The solid lipstick form showed up in the early 20th century in a tube with an external lever to push the product up.  This concept was quickly followed by the invention of the swivel-up tube in the 1920’s.  Lipstick finally found it’s permanent place in modern society thanks to the emergence of the emancipated women better known as the Flappers of the Roaring 20’s.  In the 1930’s the actresses of the black & white films wore lipstick on and off screen, so the movie industry was creating an even broader demand for lipstick.

Until this time, only shades of red lipstick were available.  It was the cosmetic visionaries Elizabeth Arden and Helena Rubenstein who began developing alternate color choices (Pinks, corals, etc) in lipstick.  In the early 1940’s cosmetic innovator Hazel Bishop introduced the first kiss-proof lipstick, which she called “No-Smear Lipstick”.

Lip Gloss was created especially for film by legendary makeup genius Max Factor.  It’s original intent was to give lips a shiny, polished appearance on camera. The first commercially available lip gloss, “X-Rated”, was launched in 1932 by Max Factor.  It remained in production until 2003, when Max Factor’s parent company, Proctor and Gamble, finally discontinued it.

Modern lipstick contains a variety of wax and oils. Wax gives lipstick it’s solid form. The most popular waxes used in lipstick production are beeswax, carnauba and candelilla wax. Oils such as olive, mineral or castor along with emollients like cocoa and shea butters, lanolin, and petrolatum are added to give lipstick a smooth feeling and add a shiny appearance.   Lipsticks get their colors from a variety of natural and man-made dyes and mineral pigments.

There’s also a bit of subtle psychology behind the choice of lip product and color that alerts us to how the woman wearing it would like to be perceived.

Mix any of these finishes/colors together, you create a different, more complex personification.

In the last decade we’ve seen amazing innovations in this cosmetic category.  Hybrid formulas offer a myriad of textures, finishes and levels of coverage.  The development of micronized pigments has created unparalleled vibrancy and color depth.  We are also experiencing an evolution of natural, organic or “good for you” lipsticks that are free of petro-chemicals and man-made dyes.  Because lipstick is ‘ingested” due to it’s proximity to the mouth, inventive marketers are adding vitamins, energy elixirs and even appetite depressants to lip products.  We’re also seeing the addition of more skincare and anti-aging benefits including peptides, anti-oxidants and UVA/UVB protection.

A few of my picks for outstanding lip color formulas. 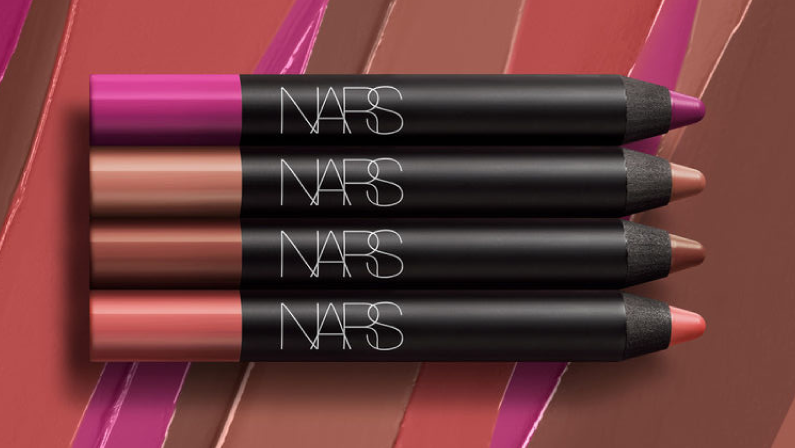 These iconic chubby lip pencils have been a favorite of mine for years. The soft matte finish has a creamy non-drying formula, and thanks to a unique silicone base, they glide on effortlessly.

I love the crayon shape for quick, precise application and use them alone or as a base for other lipsticks or glosses.
IMHO “Cruella” is one of the most beautifully balanced brick red lip colors in the business – it looks great on everyone! 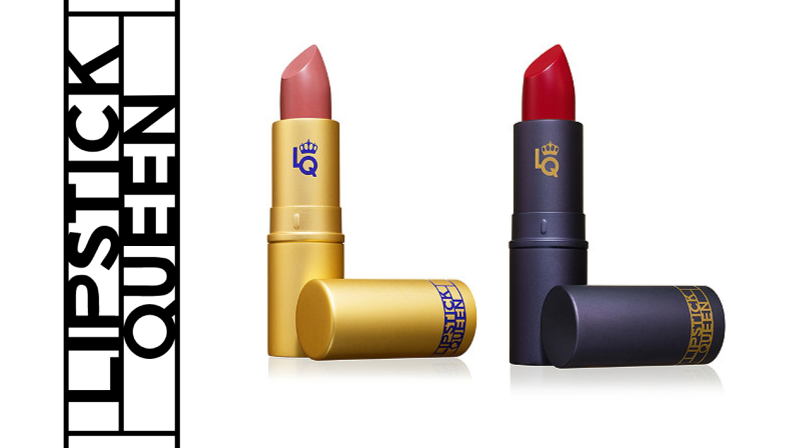 Aussie Lipstick Queen, Poppy King was so obsessed with having the perfect lipstick, she started her own brand at 18 Yrs old.

Fast forward a few decades and we have 9 universally wearable shades, each offered in either a 10% pigmented sheer cream (Saint) or a whopping 90% pigmented satin matte (Sinner).
No shimmer, no frost – just gorgeous color, as bold or subtle as you feel. 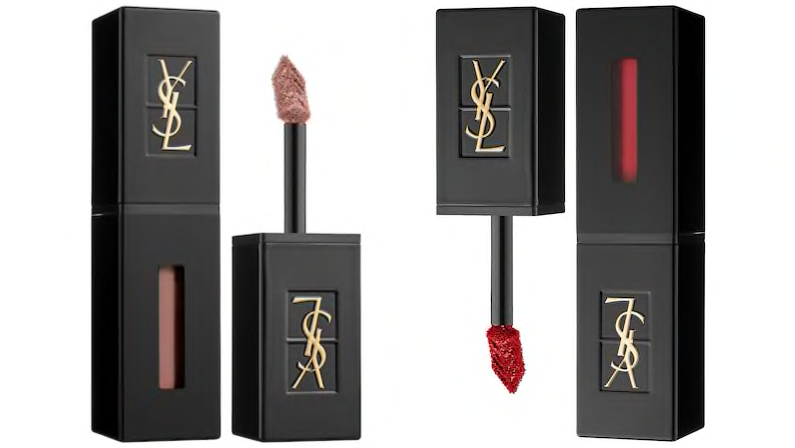 This formula changed the way I look at lipgloss – forever.

In the past, high shine lip glosses were thick, sticky and the color was sheer. This formula is light and creamy but has an INTENSE, wet vinyl shine with an incredible amount of pigment. #417 Beige Bounce (pictured) is an incredible rosy beige and one of the first nude lip glosses I ever used that wasn’t patchy or streaky.

The #MyTwoCents Blog is informational only and not a substitute for professional advice.

Product(s) featured in posts were purchased unless otherwise noted.

Reviews are NOT sponsored or compensated. Product links are NOT MONETIZED (I do not use affiliate links). Outgoing links are directed to preferred reference sources and trusted retailers. Click the star (above left) for further Legal information.

Be the first to know when we post new articles and product reviews.

You have Successfully Subscribed!

Get Social With Me